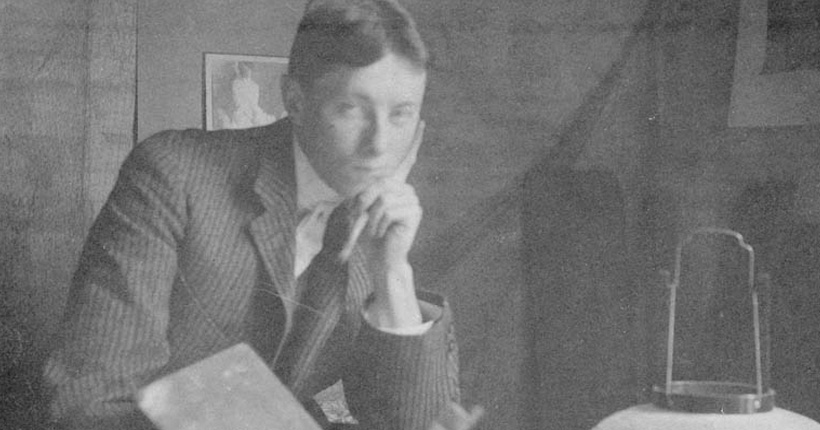 The collections of the George Mann Niedecken Archives consist primarily of the design drawings for interior furnishings, including furniture, rugs, window treatments, lighting, and murals, executed by George Mann Niedecken. The collections contain office records, documents, furniture catalogs, and ephemera of the Niedecken-Walbridge Company, as well as vintage photographs of Niedecken-designed interiors. The collection also includes drawings and paintings of various subjects completed by Niedecken while he was an art student and throughout his life. In addition, the archives comprises a limited number of records relating to other Prairie School architects and designers, including design drawings for homes and furniture by Frank Lloyd Wright, as well as correspondence between Wright and Albert Adelman. The collection further contains a large number of Russell Barr Williamson architectural home designs.

Originally known as the Prairie Archives, it was renamed the George Mann Niedecken Archives to better reflect the contents of the collection. It was established in 1977 with the gift of George Mann Niedecken design drawings and Niedecken-Walbridge Company records from Mr. and Mrs. Robert L. Jacobson. A further large donation from Dean T. Niedecken, including many of Niedecken’s personal items, was acquired by the Archives in 1977–78. Gifts of related material were added to the collection in the years that followed. Two exhibitions by former Milwaukee Art Museum decorative arts curator Cheryl Robertson have used material from these collections—The Domestic Scene (1897–1927): George M. Niedecken, Interior Architect (1981) and Frank Lloyd Wright and George Mann Niedecken: Prairie School Collaborators (1997, publication 1999).

With support provided by the Mae E. Demmer Charitable Trust, the Milwaukee Art Museum has nearly completed a project to fully inventory, digitally catalog and re-house the George Mann Niedecken Archives collection. In this way, the project will achieve its goal of making the material more accessible to researchers and the public alike.

George Mann Niedecken (1878–1945) was a highly regarded furniture designer and self-named “interior architect” working in Milwaukee from 1903 to 1945. Niedecken’s designs were based on a synthesis of styles: Arts and Crafts, Prairie School, Art Nouveau, and Vienna Secessionist, among others. His philosophy was to unify interior furnishings with the building as a whole by working collaboratively with the architect and the client. He produced mural paintings, art glass, textiles, and furniture to complement the structural features provided by the architect and to satisfy the client’s lifestyle.

Niedecken was born August 16, 1878, in Milwaukee. At the age of 12 he enrolled at the Wisconsin Art Institute, and by age 19 he had begun lessons at the Art Institute of Chicago, studying decorative art under Louis Millet. From 1899 to 1902 he studied art in Berlin, Austria, Paris, England, and Italy. This time in Europe contributed significantly to Niedecken’s stylistic development. In Vienna he met with Otto Wagner, a leading figure in the Secessionist group of painters and designers who stood in opposition to the conservatism of the Vienna Academy of Fine Arts. The Secessionists’ stripped down geometric motifs strongly influenced Niedecken’s designs. Late in 1899 Niedecken moved on to Paris and studied at the Académie Julien under leading Art Nouveau artist and designer Alphonse Mucha. Mucha’s long curves and sinuous lines can be seen in many of Niedecken’s early designs.

After returning to Milwaukee in 1902 Niedecken taught decorative arts at the Wisconsin School of Arts. He also exhibited his designs for jewelry, wallpaper, and architectural decorations at the Chicago Art Institute where his work was seen by Prairie School architects. He was introduced to Dwight Perkins, Frank Lloyd Wright, Robert Spencer and Myron Hunt. These contacts led to work in the studio of Frank Lloyd Wright. In his first work for Wright, Niedecken designed and painted a dining room frieze for the Susan Dana residence (1904). At the same time, Niedecken was quickly establishing himself as a freelance “interior architect” in Milwaukee, where his earliest commissions include progressive interiors for Frank Bresler (ca. 1904–1919), Emma Demmer (ca. 1907), and Adam Mayer (ca. 1907).

In October of 1907 Niedecken started his own interior design firm with John Walbridge, his brother-in-law. The Niedecken-Walbridge Company first shared a building at 436 Milwaukee Street with Frank Bresler, who fabricated many of Niedecken’s furniture designs. By 1910 Niedecken had established his own furniture factory run by the Dutch woodworker Herman Tenbroeke. By the year 1913, the factory employed twenty-five artisans and was creating custom art glass, draperies, furniture, and lighting fixtures for homes and businesses throughout the Midwest.