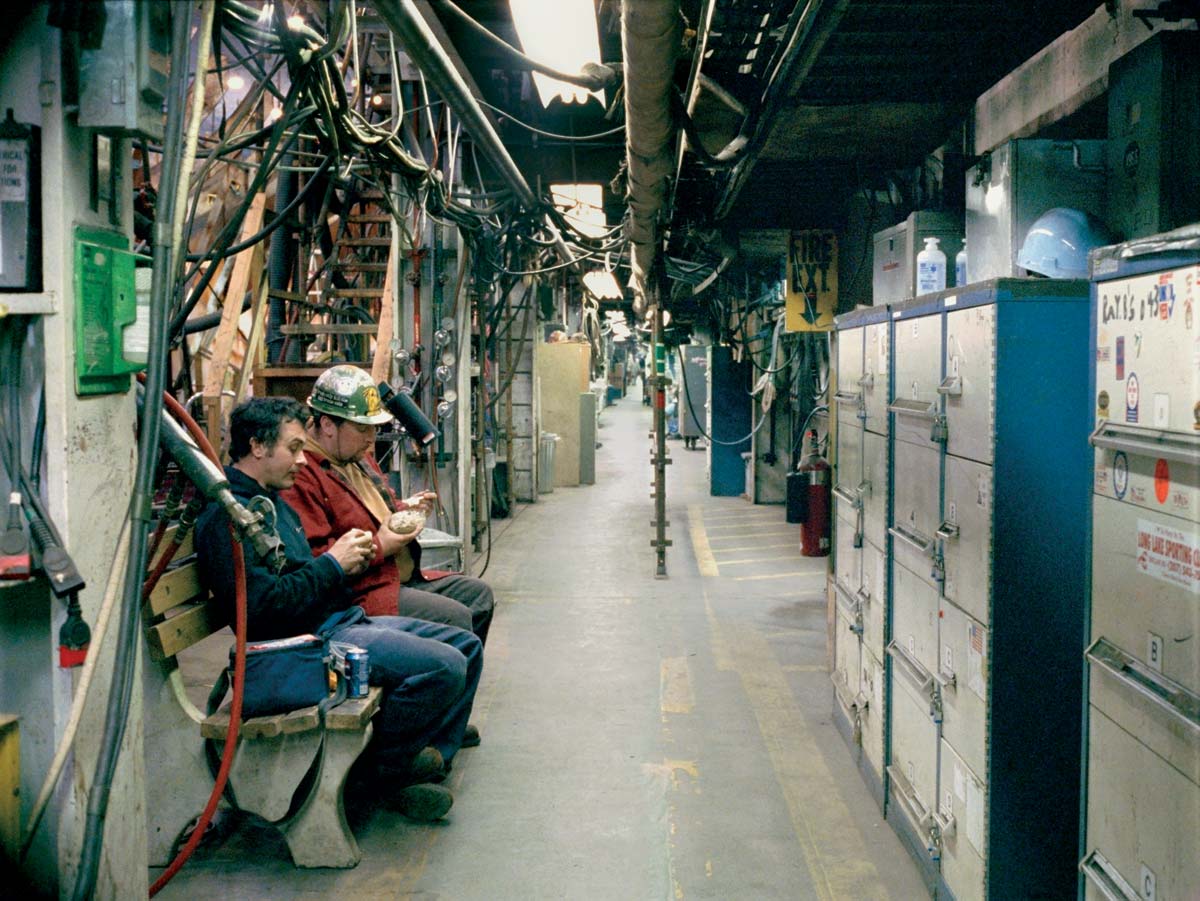 California’s Mojave Desert and a U.S. naval shipyard in Maine are featured in two single-shot films brought together in conversation in Over Time, Chapter II. This follow-up to the Museum’s 2019 exhibition Over Time, Chapter I again pairs the work of the American artists James Benning (b. 1942), a Milwaukee native, and Sharon Lockhart (b. 1964). Both artists examine the relationship of film to still photography and often cite the other as an influence. Their respective films, BNSF and LUNCH BREAK, are extended, careful observations on different landscapes and the impacts of our global economy.

Benning’s film BNSF engages with themes involving the natural landscape, overconsumption, the transformation of industrial environments, and the passage of time. The film is titled after BNSF Railway, a 170-year-old freight transportation company that describes itself as “a critical link that connects consumers with the global marketplace.”

Lockhart’s LUNCH BREAK centers on shipyard workers at Bath Iron Works, where she spent a year exploring the complex relationships between labor and leisure. A series of Lockhart’s still-life photographs included in the exhibition celebrate the underground economy that workers created in the shipyard.

Supporting Sponsor: Greystone Foundation
Exhibitions in the Herzfeld Center for Photography and Media Arts sponsored by: Herzfeld Foundation
The Milwaukee Art Museum extends its sincere thanks to the 2022 Visionaries:Donna and Donald BaumgartnerMurph BurkeJoel and Caran QuadracciSue and Bud SeligJeff and Gail Yabuki and the Yabuki Family Foundation
Image: