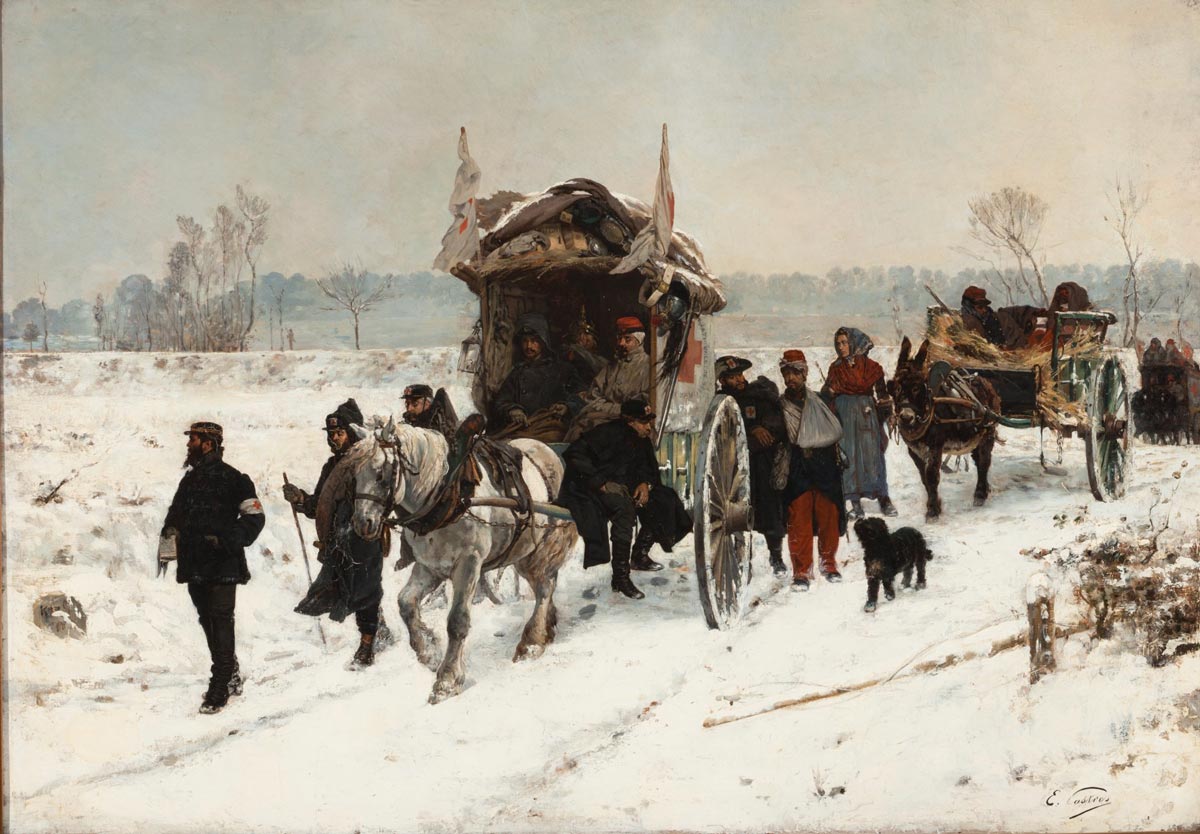 Convoy of Wounded: An Artist’s Experience of War

Edouard Castres’s painting Convoy of Wounded (Franco-Prussian War 1870) received wide acclaim after its display at the 1872 Paris Salon. A citizen of neutral Switzerland and member of the newly formed International Red Cross, Castres (1838–1902) was uniquely positioned to capture the humanitarian disaster that occurred toward the end of the Franco-Prussian War, which lasted 10 months. The French had suffered a decisive defeat by a coalition of German states, and French troops were allowed to enter Switzerland as refugees.

Castres and the conflict that inspired the painting are brought into critical focus in this exhibition. Different views of this significant turning point in European history are explored through related periodicals and decorative arts made in response to the conflict.