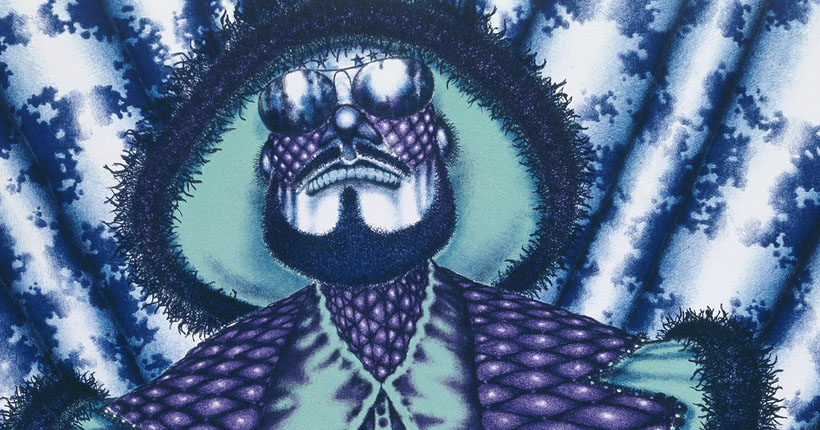 Discussion began in the spring of 1989 between Lemon and the Milwaukee Art Museum about the possibility of the Landfall Press archive coming to Milwaukee. Many of the artists Landfall has published are represented in the Museum’s collection of painting and sculpture—Robert Arneson, Nancy Graves, Claes Oldenburg, Alfred Leslie, Philip Pearlstein, Martin Puryear, and William T. Wiley are just a few examples. Lemon subsequently offered a portion of the archive as a gift to the Museum. In 1992, having secured a major private donor for the acquisition, the Milwaukee Art Museum purchased the remaining portion of the archive, making this institution a unique resource for the study of a significant chapter in the history of American printmaking.

The archive, physically transferred from Landfall Press to the Milwaukee Art Museum in April 1992, includes more than six hundred prints Landfall has published since its inception in 1970, as well as supplementary materials. Among the nearly five thousand pieces in the archive are editioned prints; working, trial, progressive, and cancellation proofs; etching plates, woodblocks, and lithographic stones; mylar sheets, photographic negatives, and color separations; stencils; working studies; and collages and drawings. These materials provide a complete overview of the procedures associated with etching, woodcut, and lithography; they also allow invaluable insight into the aesthetic decisions that continually inform the printmaking process.

Artists in the Archive