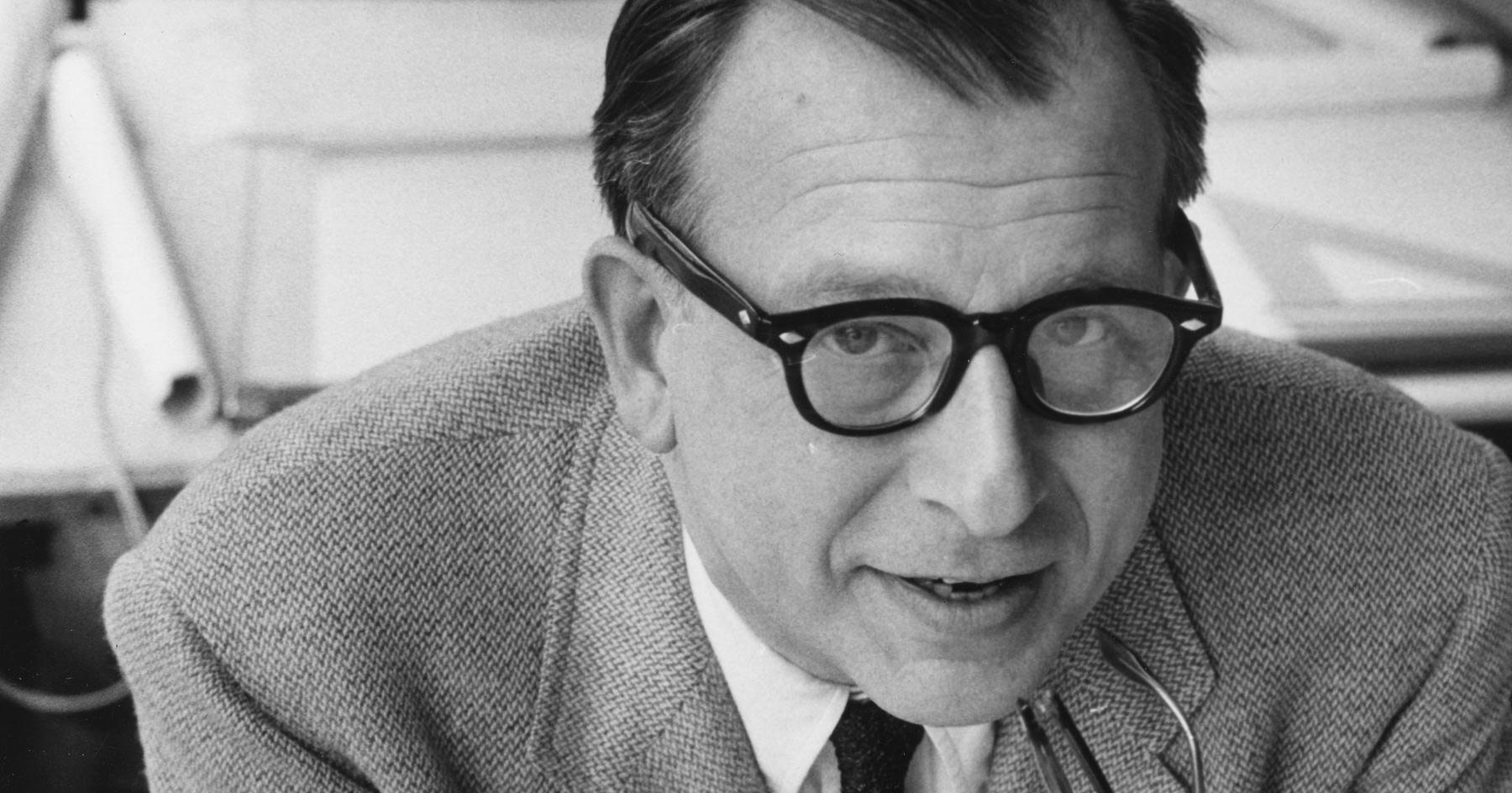 Modernist architect and designer Eero Saarinen (1910–1961) was born in Finland, and emigrated to the U.S. with his family at age 13. His father, Eliel Saarinen, was an architect, his mother, Louise Gesellius, a sculptor. He studied at the Cranbrook Academy of Art, near Detroit; his father, who designed the campus and served as director, convinced Eero that architecture should encompass a “total environment”–landscapes, buildings, furniture, and décor. Starting in 1936, Saarinen worked with his father, both in his architecture firm and as an instructor at Cranbrook. Saarinen started his own business after his father died in 1950.

As a designer, Saarinen developed several new furniture forms, including the first designs for furniture molded from laminated wood, working with Cranbrook colleague with Charles Eames. In 1948, Saarinen designed the Womb collection, chairs intended to make users feel as secure and cozy as a fetus. His 1956 Pedestal Group, including the popular Tulip Chair, eliminated the “slum of legs” in homes; all tables and chairs in the collection rest on a central pedestal, balanced by a round disc on the floor.

As an architect, Saarinen became a leader of a second generation of modernists. He built on his predecessors’ work using new construction technology to create modern architectural forms, but disparaged “the measly ABC,” the simple, abstract compositions of early modernism. He refused to develop a singular style, preferring to flex designs to the needs of clients, shifting between the sleek machine aesthetic of the International Style and the free-form geometric concrete structures pioneered by Le Corbusier.

Saarinen’s innovative design for Milwaukee’s War Memorial Center, which he developed after the commissioned architect, his father Eliel Saarinen, died, was directly influenced by Le Corbusier’s abstract geometry. The building’s design was later praised by Time magazine as “one of the country’s finest examples of modern architecture put to work for civic purposes.”