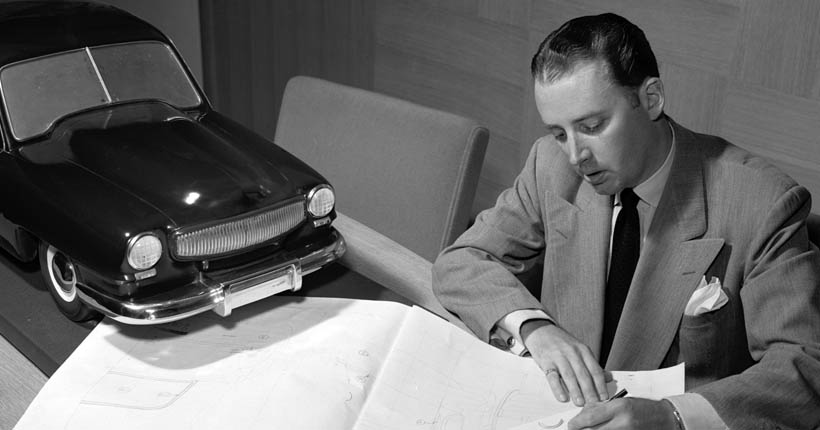 Lesson 1—What is Industrial Design?

Introduce students to the field of industrial design as a career and a field of art. Explore the processes used by industrial designers to design useful, safe, and appealing mass-produced objects. Students will select an object from their home or classroom and redesign it to improve its function, feel, and/or appearance.

Ask the students to brainstorm a list of manufactured products they used today. Have them think about who made the products, who thinks up the ideas, and who decides how these things work and look? For example, inventors and engineers think of the idea and make it work. Industrial designers are concerned with the look, feel, and usability of the object. Only after industrial designers make it safe, attractive, and functional is it mass-produced by factory workers and machines.

You may want to focus the discussion on the changes brought about by the Industrial Revolution in the making of functional objects (the move from individual artisans and craftspeople to mass-production). Students should understand that the career of industrial design came as a result of these changes. Mass-produced goods needed to have mass-appeal to sell in large quantities. Artists were needed to design products that would appeal to many people.

What Does an Industrial Designer Do?

Have students examine the examples of manufactured products that you gathered. Ask them to think like industrial designers and consider the following questions as they examine the objects.

Using Brooks Stevens’ Holsum Peanut Butter Jar, Toastalator, and Toastalator Concepts Sketch, discuss the original objects and Brooks Stevens’ redesign of each object. Use the industrial design critical thinking questions in #2 above and the background information below to initiate the discussion.

Brooks Stevens’ earliest extant design is this humble peanut butter jar, designed for the Holsum Products brand of Milwaukee, Wisconsin wholesale grocer Jewett and Sherman. Lewis Sherman, the head of the company, hired Stevens fresh out of Cornell University in 1933 at the recommendation of the young man’s father. Though Sherman first assigned Stevens to inventory management, he soon allowed him to redesign the firm’s label, and was so pleased with the result that he assigned him the containers themselves.

One of the first jobs Stevens took on was the peanut butter jar. He transformed its overall shape, turning its tall and narrow-necked vessel traditionally used for peanut butter into a squat form with a wide mouth that gave easy access to the contents. Stevens insisted on the wide-mouth, he said, because he loved peanut butter so much that it frustrated him to waste any. Cartoon peanuts were mold-blown into the glass itself; bees were used for the similar honey jars Stevens did for the company. According to the designer’s later testimony, his repackaging efforts paid off in the form of increased sales for the grocery. The wide-mouthed peanut butter jar, of course, is still with us.