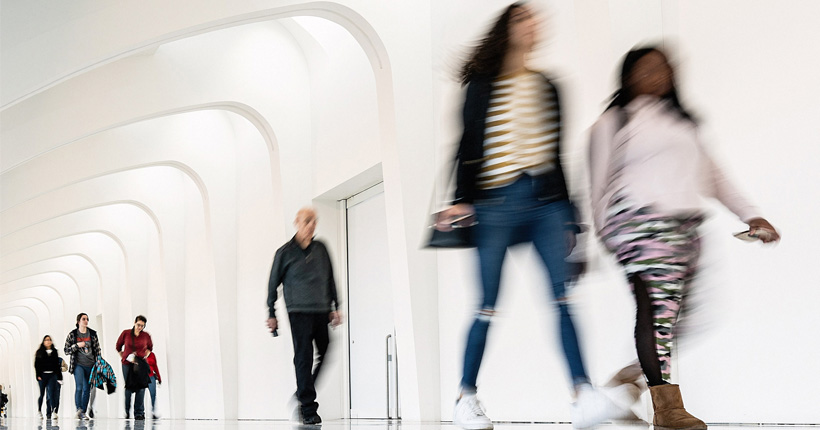 A Letter from Museum Leadership

Racial inequity is widespread and commonplace in our country and our community. The Milwaukee Art Museum is not exempt from the problem or from finding a solution. We can and must do better. We must strive every day to promote empathy, understanding, and actions that diminish the impact, influence, and systemic violence of racial injustice.

We believe in the power of art, artists, and ideas to shape the arc of communities and to transform the landscape of our individual and collective beliefs for the better. We stand committed to the work ahead, informed by our community, which we will support with our best thinking, our deepest empathy, and the courage to embody the convictions shared in this letter.

In October 2019, our Board of Trustees and staff adopted the Museum’s new strategic direction, which places community at the center of all we do. This direction has never been more critical as we stand with communities of color in the fight for equity. We know that the work ahead requires a firm, tangible commitment—one that we made nearly a year ago and renew today.

We are listening to the needs of Milwaukee’s communities and presenting art relevant to the most pressing issues. In partnership with area organizations, we are developing community programming with the goal of fostering dialogue. And we are working to create a welcoming environment where everyone feels at home and represented. We are also committing to reflect, from the Board of Trustees to our staff and volunteers, more accurately the diversity of the Milwaukee community.

The following actions are among those the Museum has already committed to as part of our recently adopted strategic direction:

This is only the beginning: we know that we have much to learn, and we will continue listening as we strive to better reflect and bring together the Milwaukee community. 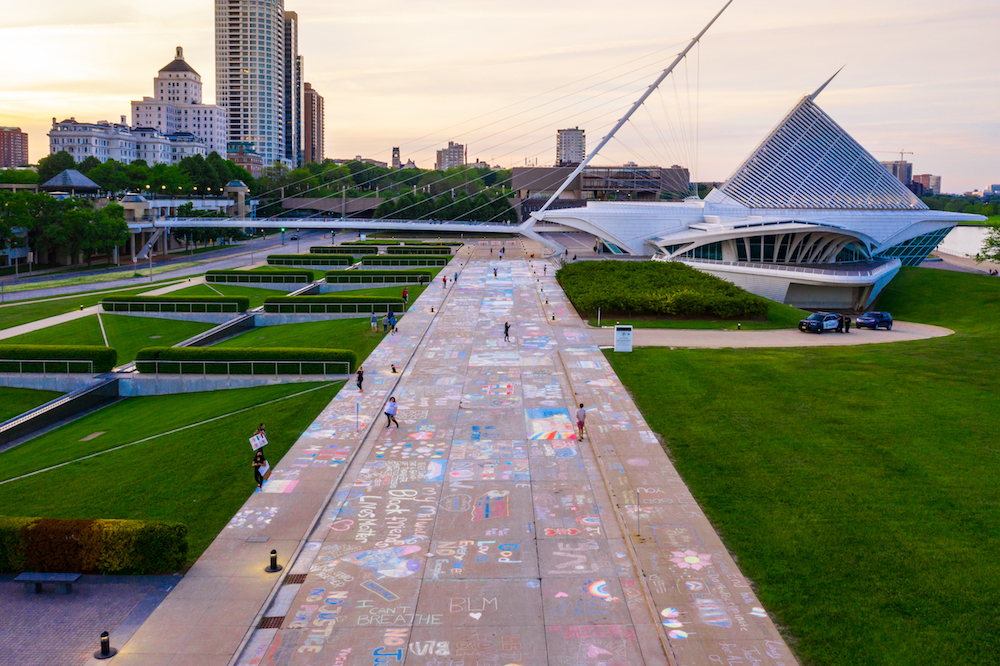 As many of you know, on Sunday, June 7, along Art Museum Drive, on the Museum’s campus, more than two hundred individuals, families, and friends came together to give expression to the calls for a just and equitable world—through art. MKE Unite organized this peaceful event “to bring Milwaukee protesters together to unite and to show how beautiful this movement is by creating a large chalk ‘mural.’” We are honored and humbled that MKE Unite saw the Museum as a site where people could gather and collectively, and creatively, express themselves. Moving forward we will live up to and honor this action by MKE Unite by hosting community groups and joining in conversations happening outside the Museum.

With respect and determination,

Joel Quadracci
President, Board of Trustees

The Milwaukee Art Museum has always collected art for and shared art with the people of Milwaukee. Over the next phase of the Museum’s life, we will take bold steps to further extend our welcome mat, presenting art in a way that allows all individuals to see themselves and their lives in the Museum and to experience the transformative benefits of art.

To accomplish this vision for the future, the Museum will leverage its history, build on its strengths, and implement the following strategic pillars: