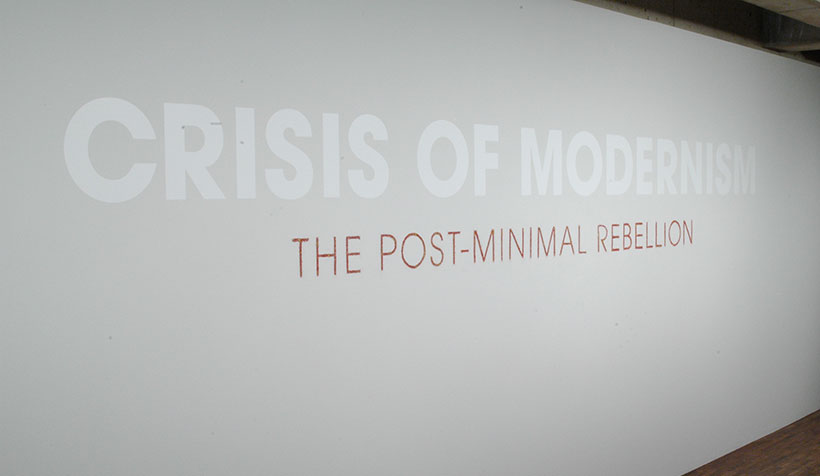 Crisis of Modernism: The Post-Minimal Rebellion

For a decade beginning in the late 1960s the severe tenets of Minimal art dominated the American art scene paring down art to its elemental forms. Modernism had been reduced to the basic elements of line, plane, and primary colors. Modernism had reached a crisis of how to move art forward. A younger generation of artists across the United States rebelled against the hegemony of form and began to explore art as an immaterial, temporal expression. By performing, utilizing ideas as art, and employing non-art materials, artists such as Vito Acconci, Sol LeWitt, Bruce Nauman, Dennis Oppenheim, Ed Ruscha expanded the definition of what constitutes a work of art. This generation of artists worked emerged in the 1960s and 1970s have had an enormous influence on the development of contemporary art. Culled from the Milwaukee Art Museum Collection, Crisis of Modernism presents a range of the innovative, imaginative, and rebellious created the generation of Post-Minimal artists.

The exhibition is organized by the Milwaukee Art Museum and co-curated by Brooke Mulvaney, curatorial assistant in the department of prints and drawings, and Joseph D. Ketner II, chief curator.