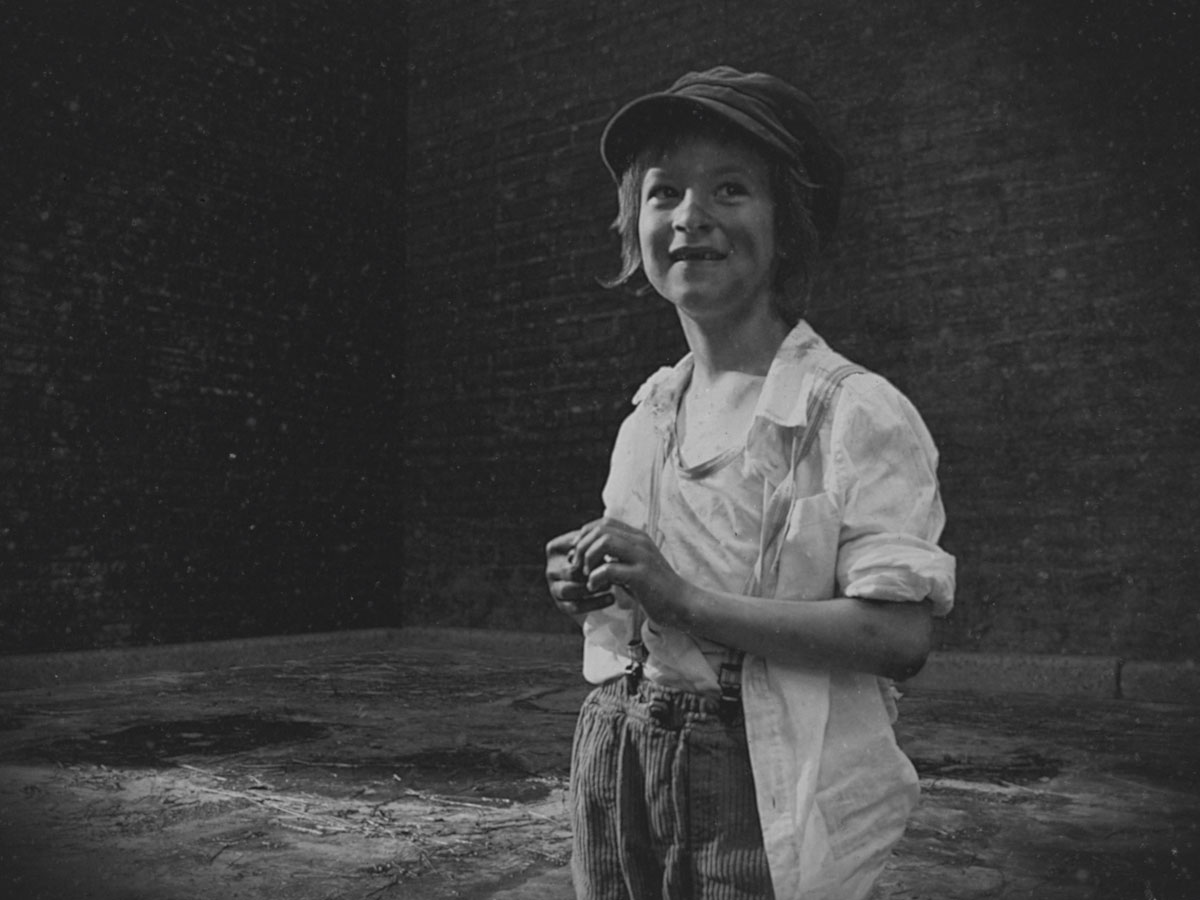 “We could say that [The Close] is a journey between the past, the present and the future of the filmic image.”
—David Claerbout

The Close, a new video the Belgium-based artist David Claerbout completed in 2022, will be presented at the Milwaukee Art Museum in November, marking the work’s premiere at a U.S. museum. It will be accompanied by six related drawings the artist created at the completion of production. Claerbout is known for his works using photography, video, digital technology, and sound. His large-scale, immersive installations consider questions of time, memory, and truth.

The Close is conceived as a journey traversing the past and future of the camera, bringing together a reconstruction of amateur footage made in about 1920 and a digital 3D rendering of that footage. The silent scene, which shows barefoot children in a brick-walled, one-way alley—known as a “close” in English—transitions from grainy footage of a child into a highly detailed, quasi-technical portrait, objectifying face, eyes, and body. As the video freezes and holds the small child enraptured, singing voices set in. A recording of 24 spatially distinct singers performing Arvo Pärt’s 2004 vocal composition Da Pacem Domine surrounds the isolated child, who has become the focus of the work, with an architecture of voices.