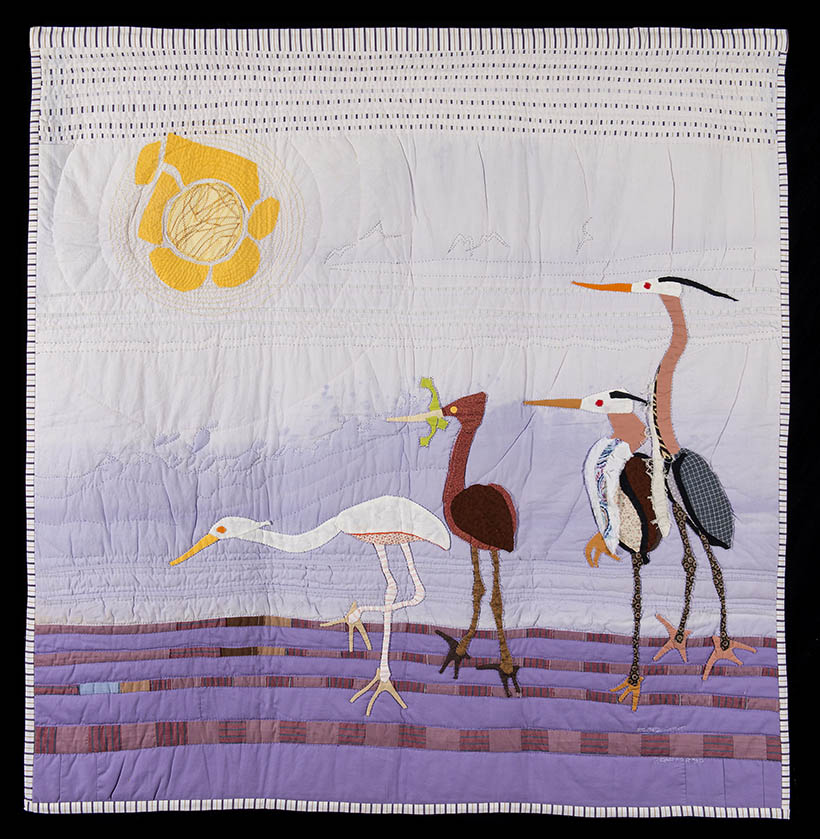 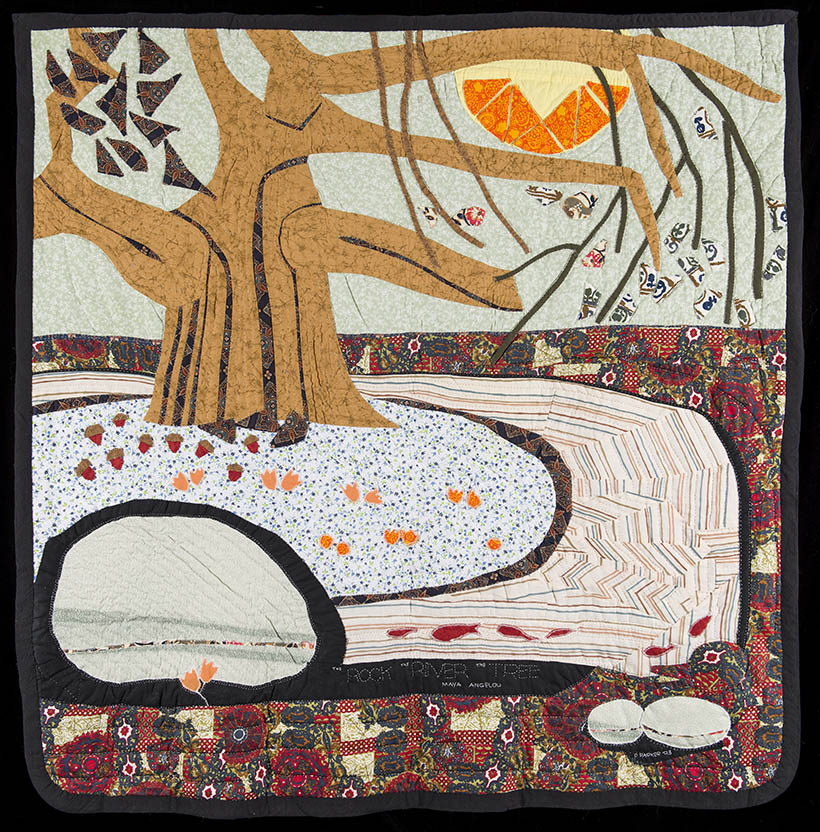 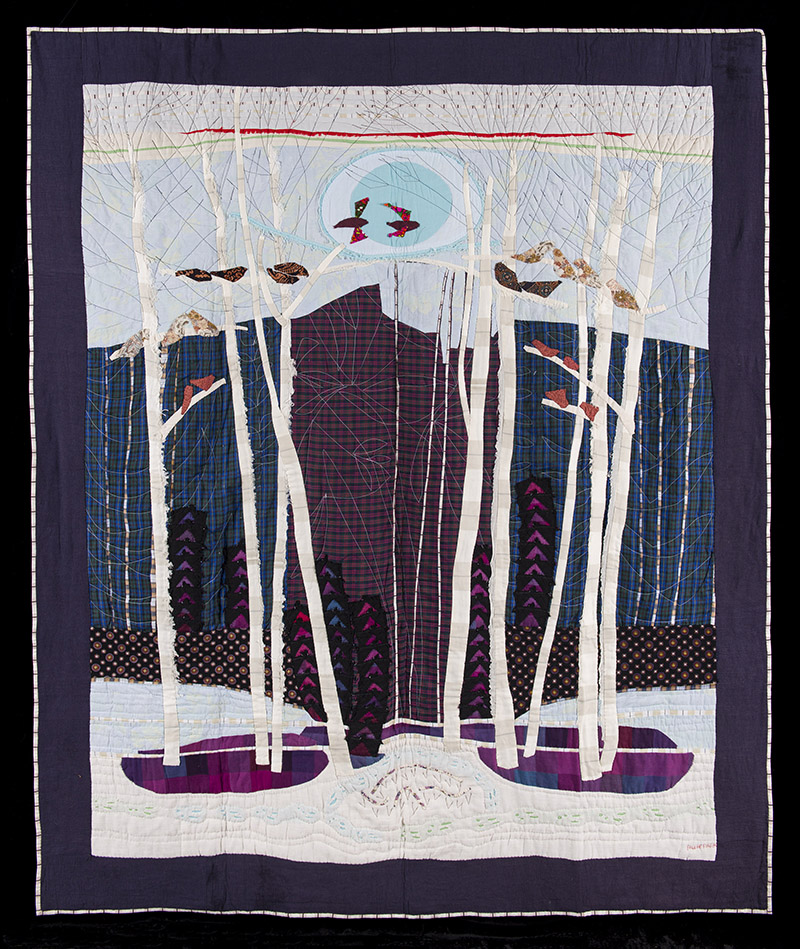 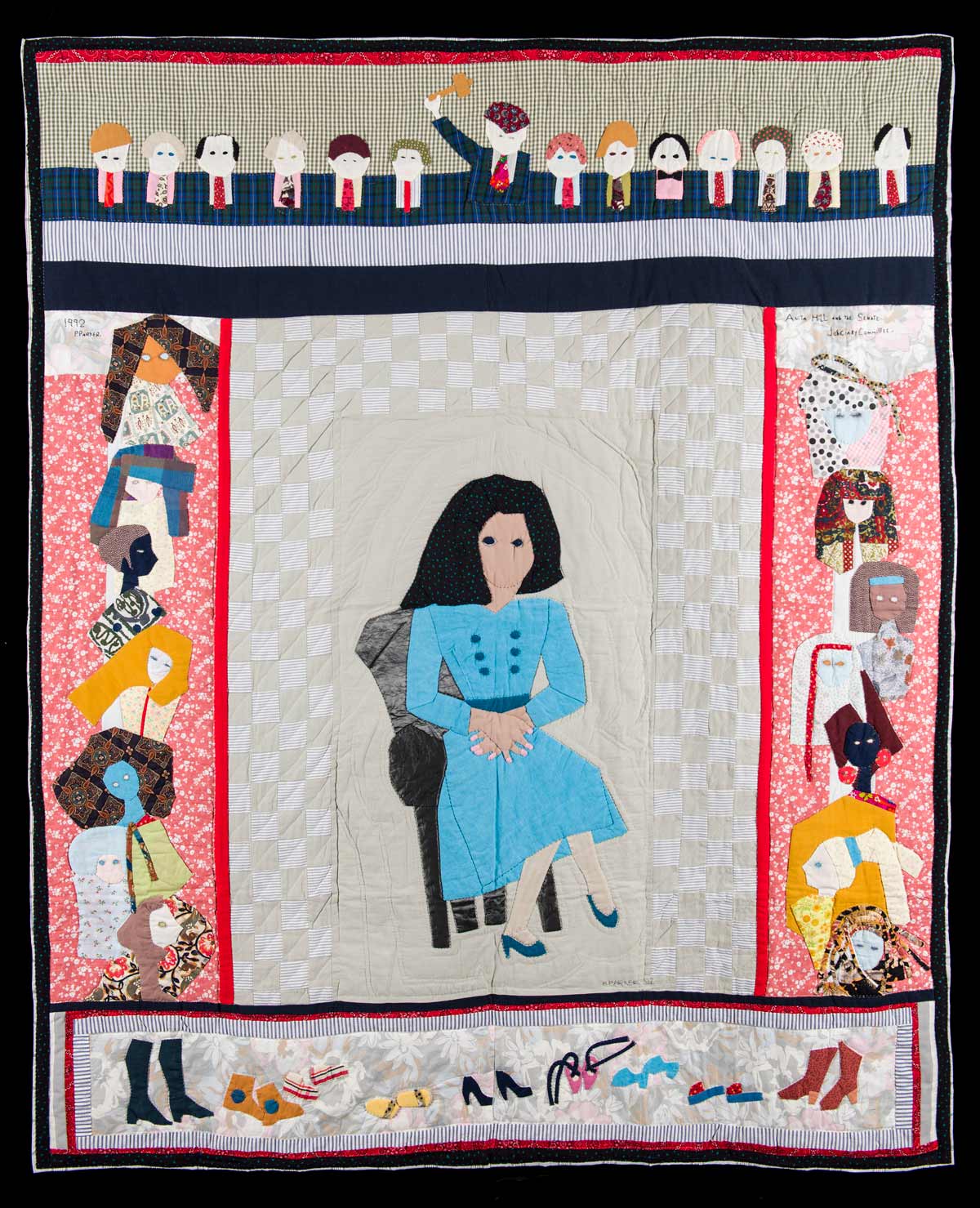 The Quilts of Pauline Parker

The Quilts of Pauline Parker features more than thirty objects that showcase the artist’s expressive approach to quiltmaking, illustrating how Parker transformed a traditionally domestic craft into one that highlighted current events, historical and biblical figures, and her own travels and experiences.

Parker studied painting at the School of the Art Institute of Chicago, but her work in fabric began in Wisconsin, where she moved upon retirement. She initially worked with traditional patterns and used techniques she had learned from her mother and aunts, before expanding her subject matter, stitching more freely, and exploring a less traditional approach to quiltmaking.

The narrative quilts, or “fabric collages” as Parker termed them, featured in the exhibition were all made between the late 1980s and early 2000s. 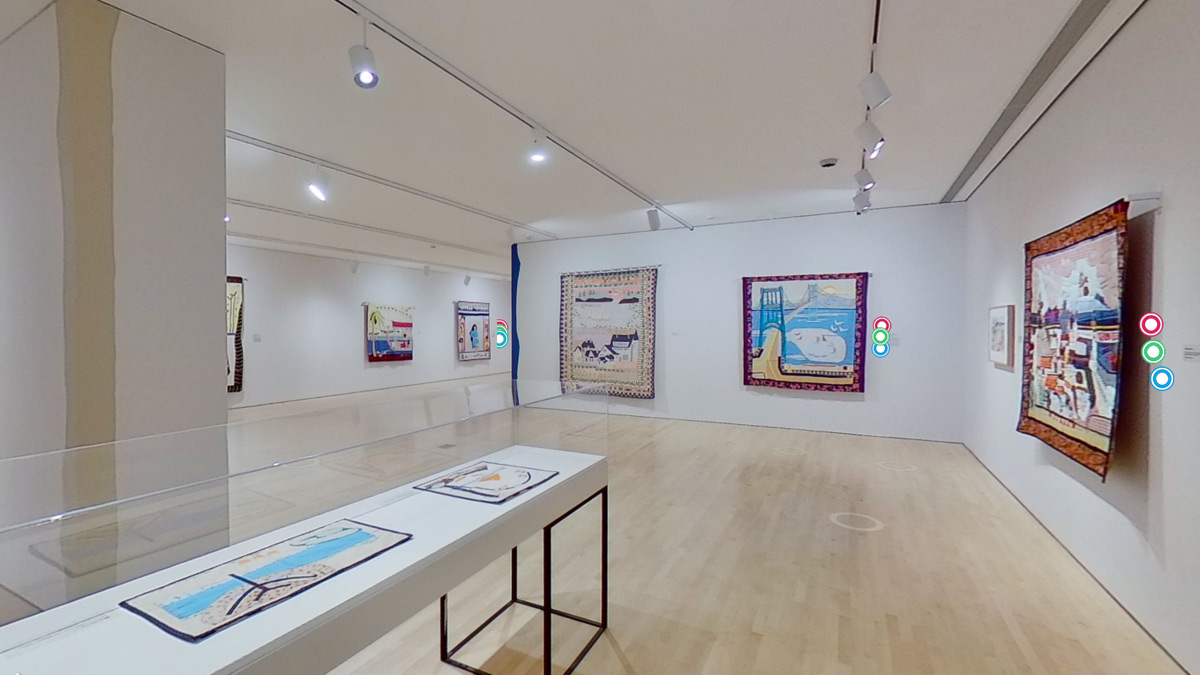