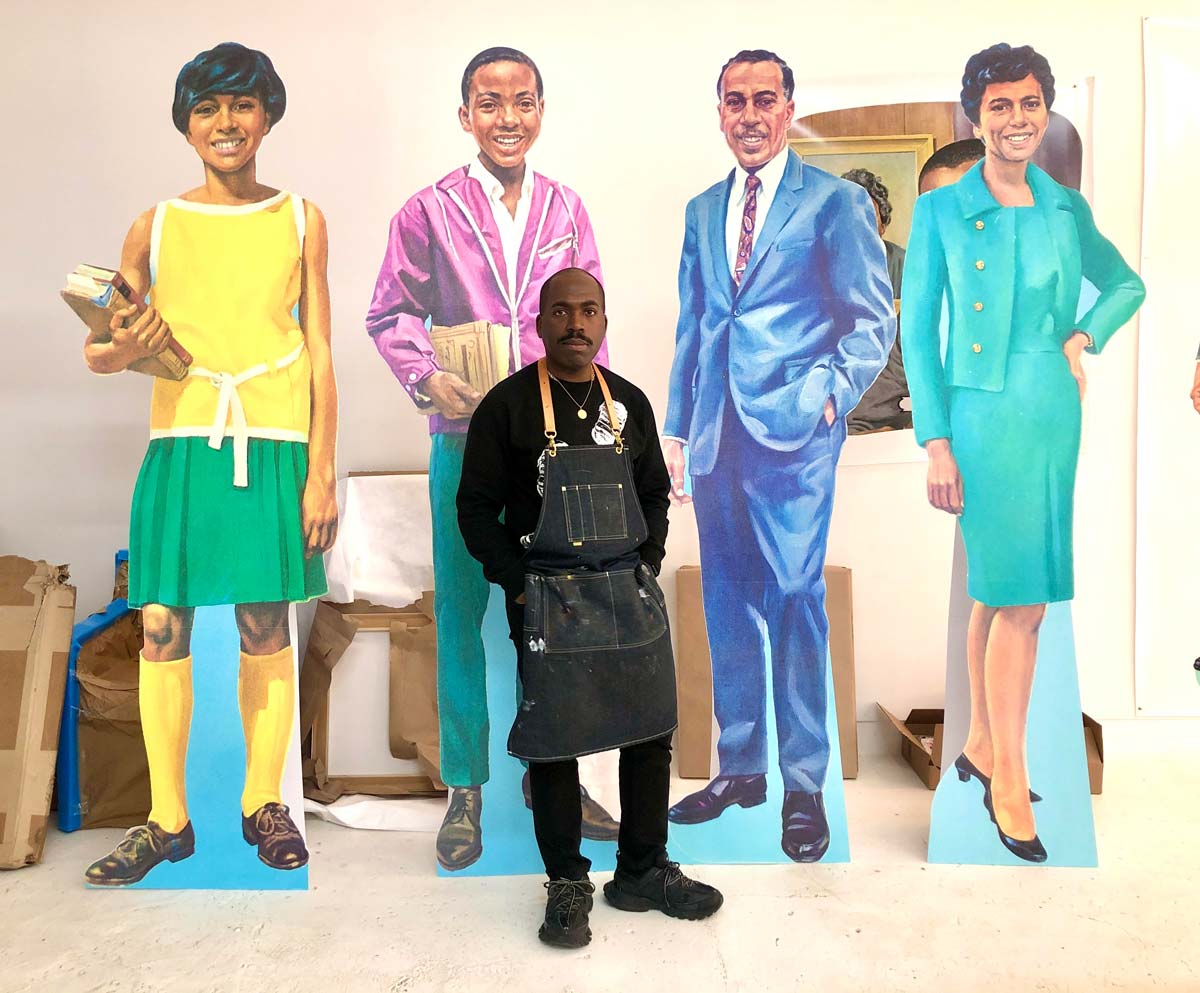 On Site: Derrick Adams: Our Time Together

On Site: Derrick Adams features a multimedia wall mural and sculptural installation the artist made specifically for the Museum’s East End, on commission. Inspired by Victor Hugo Green’s The Negro Motorist Green Book (published 1936–66), a traveler’s guide for Black Americans during the Jim Crow era, Adams celebrates the rituals of everyday Black life and leisure. The monumental wall mural, titled Our Time Together, includes references to Milwaukee havens Gee’s Clippers, Coffee Makes You Black, and the Wisconsin Black Historical Society, as well as photographs from the civil rights movement of the 1950s and 1960s.

Derrick Adams: Our Time Together is the first in the Museum’s On Site series to activate the East End. The exhibition series, which began in 2001, involves inviting contemporary artists to make new work that responds to a location within the Museum.